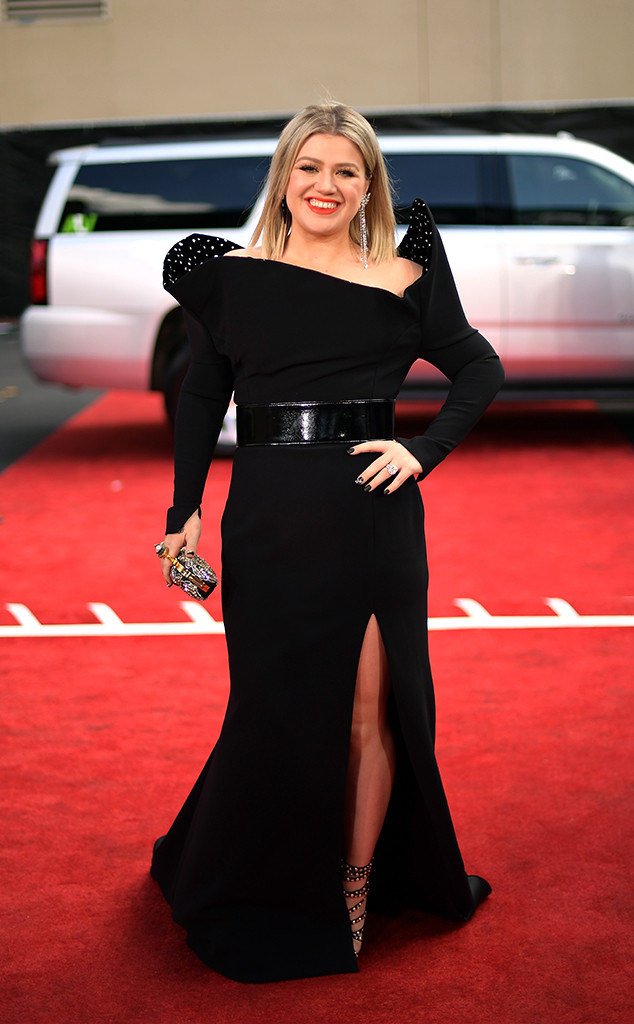 The first of May is right around the corner and that can only mean one thing—it’s time for the 2019 Billboard Music Awards. Honoring the artists whose music topped Billboard charts all year along, this year’s star-studded ceremony promises to be bigger than ever. (Have you heard the one and only Kelly Clarkson is hosting?)

But aside from all the live performances, which include the Jonas Brothers, BTS with Halsey, and Sam Smith, plus an appearance from Icon Award recipient Mariah Carey, pop culture lovers are on the edge of their seats waiting to see what Hollywood rocks to the MGM Grand Arena in Las Vegas.

Check out our gallery below to see the celebs who have nailed their Billboard Music Awards looks over the years:

Look what you made her do! The pop star marked the 2015 show with this showstopping Balmain jumpsuit.

J.Lo blew the 2014 crowd away in this striking ruby Donna Karan design.

One word: Sultry! Ms. Gomez showcases her sleek physique in a black cutout Dolce & Gabbana gown at the 2012 show.

Looking sharp, Shawn! The “In My Blood” performer nails it at the 2018 ceremony.

Before she was a Mrs., the blonde bombshell was busy dominating the 2018 Billboard Music Awards in this slinky Alexandre Vauthier gown.

Marvelous in Marchesa! The former Disney Channel darling looked like a dream ahead of the 2017 ceremony.

In 2018, K-pop’s hottest boy band went all out in coordinating Gucci threads.

The star’s simple yet bold look by Calvin Klein Collection is one we won’t soon forget.

There’s something so chic about the futuristic-inspired ensemble by Olcay Gulsen that the supermodel wore in 2014.

A sequin lapel elevated the rapper’s sophisticated suit in 2017.

Balmain beauty! The Lip Sync Battle star went for the gold (and black and silver) in 2015.

As always, Carrie is a red carpet vision in this frothy Oscar de la Renta princess gown back in 2012.

The A-lister can do no wrong, this ultra-sexy Charbel Zoe Couture gown included!

In 2017, the singer-songwriter channeled his inner fashion maven in Gucci.

Hot mama alert! The Step Up star set the red carpet on fire in this leather mini-dress.

In 2012, the pop star envisioned a “Teenage Dream” with this lavender Blumarine gown.

Only one word comes to mind after seeing the Julien MacDonald ensemble the singer rocked in 2018: Flawless!

The Bravo patriarch turned heads for all the right reasons during the 2018 ceremony.

There’s something so white hot about the Hamel ensemble the actress sported in 2016.

Wearing an embellished Balmain jumpsuit, the pop sensation came in like a wrecking ball to the 2013 Billboard Music Awards.

Yup, she’s indeed a silver siren in this textured Rami Al Ali confection back in 2013.

Don’t cha wish you could pull off this daring look, which The Masked Singer judge rocked to the 2017 event.

The songstress makes a regal entrance at the 2013 show in this expertly draped pearl Pavoni by Mikael D. gown.

We can’t wait to see how Hollywood delivers this year!