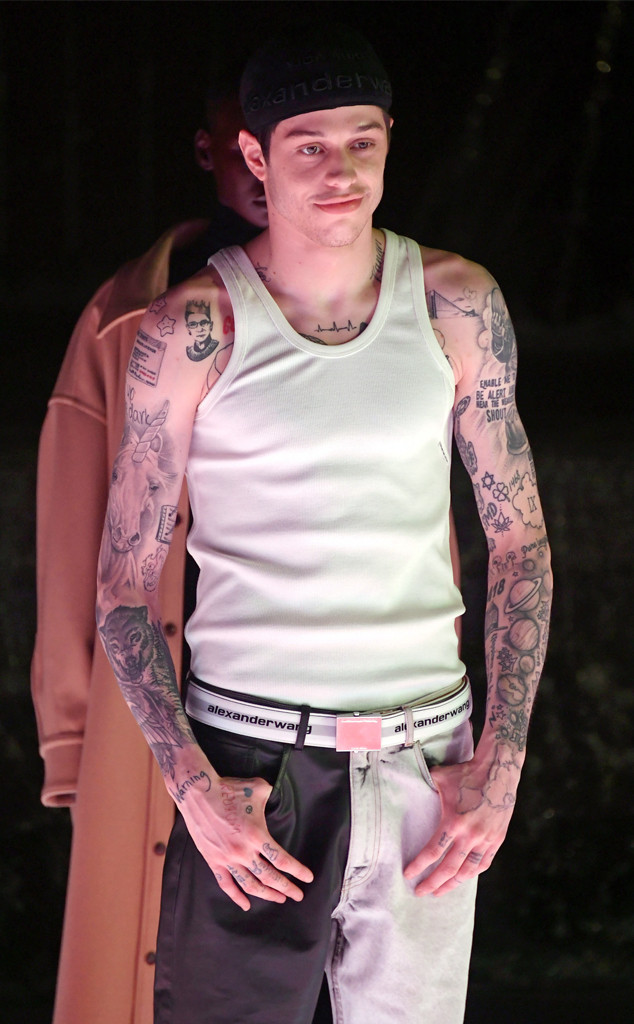 Pete Davidson is adding a new position to his resumé: Model.

The Saturday Night Live star made his modeling debut in Alexander Wang’s New York City show, which took place at the famed 30 Rockefeller Plaza. Pete must’ve felt right at home walking the runway that was just a hop, skip and a jump away from the studio where the comedy sketch show is filmed.

Cameras caught a glimpse of the star when he was rehearsing by the ice skating rink on Friday afternoon. He barely managed to avoid the paparazzi in a hooded robe pulled over a pair of jeans and a low-key t-shirt. Luckily, his attempt at flying under the radar was a success!

Guests at the show were totally caught off-guard at the sight of the comedian in Wang’s designer ensemble, which consisted of black and white pants, a white tank and a black baseball cap. One fan marveled, “Pete Davidson rlly walked for Alexander Wang tonight…I dieeeee.”

Pete’s latest achievement is definitely impressive, but not a surprise by any means. The star is known for frequently wearing designer clothing and has rubbed elbows with big names like Yeezy designer Kanye West and Queer Eye‘s Tan France.

And, in other news, his new experience as a model has officially made him a triple threat in Hollywood. He is not only a comedian and actor, but now he’s a model too. What’s next? Perhaps a foray into the musical world?

Check Out the Best Looks to Ever Grace the Billboard Music Awards Red Carpet Matt Winkelmeyer/Getty Images for dcp Ready, …