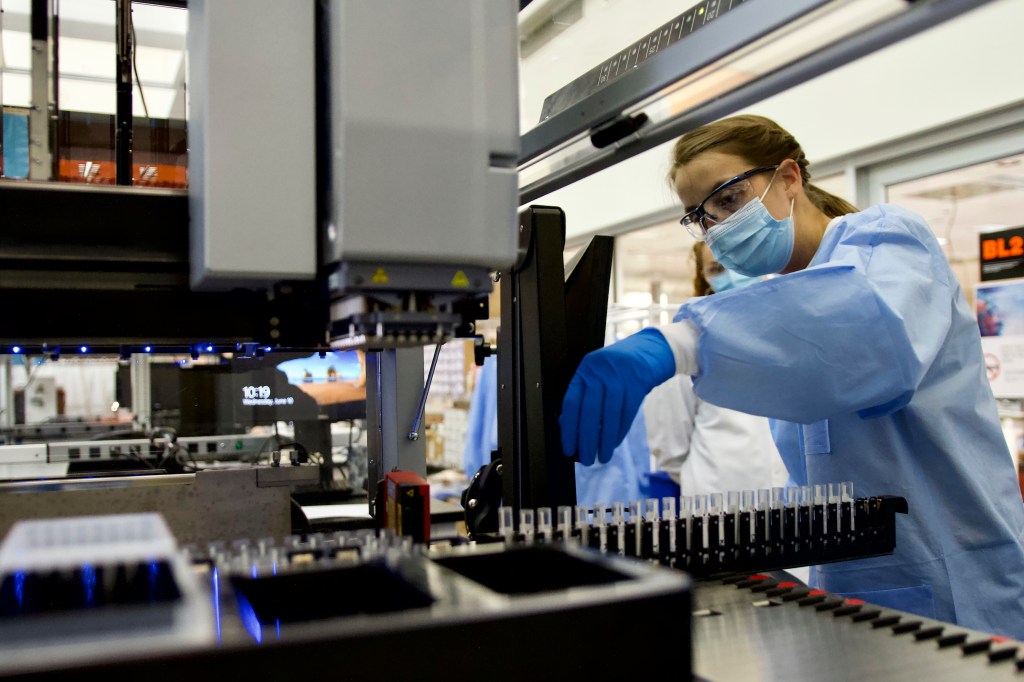 A massive effort is underway to stop colleges in Boston and beyond from turning into coronavirus hot zones as students return to campus amid the pandemic — and so far, it’s working.

Initial testing by the Broad Institute found the positive rate among students and staff at 108 local colleges and universities is one-tenth that of the state’s average.

“Testing is critical to protecting the health and safety of our students, faculty, staff members, and people in the communities that surround our campuses,”  said Worcester Polytechnic Institute President Laurie Leshin, who also serves on Gov. Charlie Baker’s reopening advisory board and as chairwoman of the Massachusetts Higher Education Working Group.

Partnering with public and private colleges — including Harvard University, MIT, Northeastern and others around Boston, throughout New England and even one in New York — the Broad Institute has conducted 415,000 tests of students, faculty and staff as of Wednesday.

Fewer than one out of every 1,000 tests returned a positive result, according to Broad data. That’s about one-tenth of the state’s positive test rate as of Wednesday, which has hovered around 1% for the past week.

Schools like Boston University have opted out — choosing to perform their own tests in-house. They are seeing similarly low viral rates, the data shows.

Baker and public health experts alike have repeatedly pointed to regular testing — along with social distancing, face coverings, personal hygiene and contact tracing — as an important factor in preventing outbreaks as the state reopens its economy and people start to slowly emerge from shutdowns.

“The Broad … plans to continue to do robust testing as schools welcome folks back to campuses to help stop the spread of COVID,” Baker has said.

Partnering with the Broad has made it possible — and affordable — for institutions of all sizes to test with frequency. Samples from schools are processed at a discounted price of $25 per test, about half what the Broad typically charges and less than a quarter of the cost charged by some private labs.

The lab also provides testing services for the state’s Stop the Spread initiative, providing testing and quick processing in the hardest-hit communities.

The Cambridge-based genomics research powerhouse pivoted to performing COVID-19 tests early in March, at the onset of the pandemic. Starting with just 24 tests on its first day, it now processes more than 40,000 tests a day on average and more than 1.1 million tests in total, returning results in about 24 hours on average.

The Broad’s testing lab is now responsible for processing roughly 1 in every 20 tests conducted in the United States, according to the COVID Tracking Project.

At Amherst College, the Broad partnership has helped the school administer over 8,000 tests already this year.

“The Broad Institute’s ability to provide testing and their public-spiritedness have made it possible for us to have students on campus,” college President Biddy Martin said. “We could not be more grateful.”