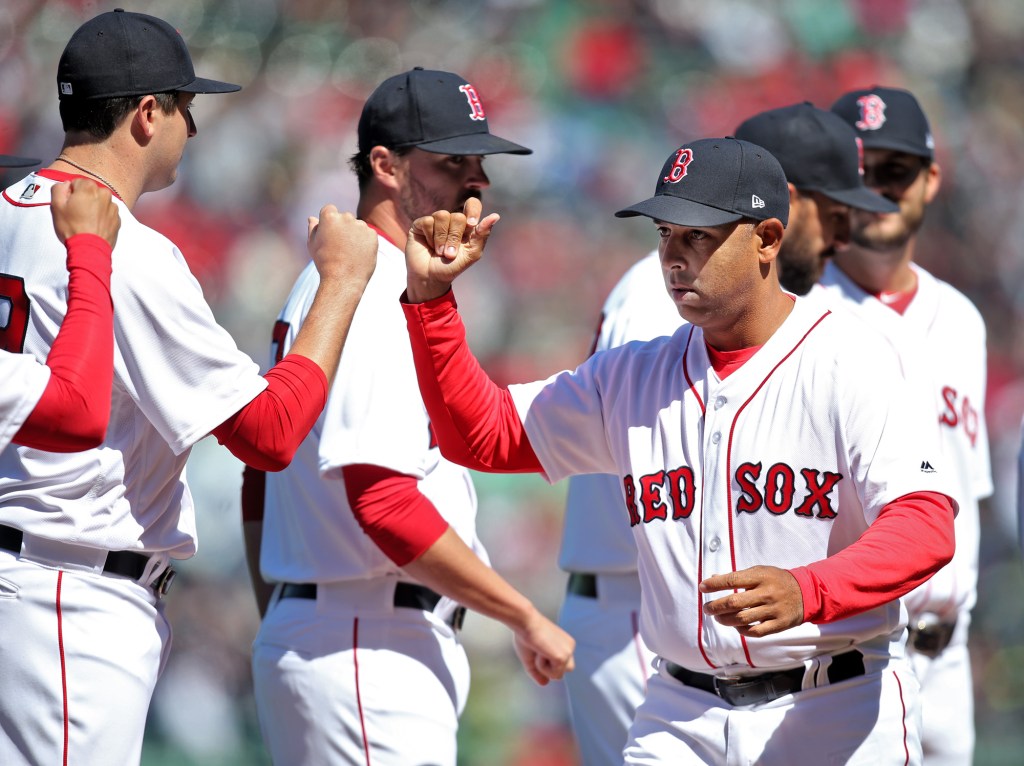 Somehow, Major League Baseball and the Boston Red Sox have managed to insult their fans again. It didn’t seem possible after this year but here we are.

Tuesday, Major League Baseball Commissioner Rob Manfred wrapped up his investigation of the Red Sox sign-stealing scandal and came away with the following findings:

“I find that J.T. Watkins, the Red Sox video replay system operator, on at least some occasions during the 2018 regular season,” read the executive summary, “utilized the game feeds in the replay room, in violation of MLB regulations, to revise sign sequence information that he had permissibly provided to players prior to the game.”

What or who is a J.T. Watkins?

Who knows. Apparently he works somewhere in the Red Sox clubhouse.

The really jaw-dropping part of Manfred’s report centered around Alex Cora, the mastermind behind the sign-stealing effort during his time with the World Series-bound Houston Astros in 2017.

“I do not find that then-Manager Alex Cora, the Red Sox coaching staff, the Red Sox front office, or most of the players on the 2018 Red Sox knew or should have known that Watkins was utilizing in-game video to update the information that he had learned from his pregame analysis.”

In other words, Alex Cora knew nothing, the man who, in 2017, “arranged for a video room technician to install a monitor displaying the center field camera feed immediately outside of the Astros’ dugout,” according to Manfred’s report on the Astros cheating scandal in January.

It worked like this. Players would watch the feed of Cora’s camera and pick up the signs communicated between the pitcher and catcher. Then a player would “bang a nearby trash can with a bat to communicate the upcoming pitch type to the batter.”

That year, the 2017 Houston Astros went on to win the World Series. Their hitting, while playing home games was spectacular. During away games, not so much. It was uncanny.

Cora does not deny his role in the Astros’ cheating scandal. In January he said as much to Red Sox owners Tom Werner and John Henry.

“Alex, by his own admission, we agreed, played a central role in what happened in Houston,” Werner remarked. “And we all agreed that it was wrong.”

Now the ownership group and MLB expect us to believe that Cora had no idea that there was cheating happening in 2018, a miracle season for the team from Jersey Street, who also managed to win a World Series.

“As an organization, we strive for 100% compliance with the rules,” Red Sox President & CEO Sam Kennedy said in a statement this week. “Alex Cora, the coaching staff and most of the players did not engage in, nor were they aware of, any violations,” continued Kennedy, presumably with a straight face.

The chances of this being true are nearly impossible. MLB and the Red Sox are erasing a monumental scandal that was perpetrated directly from Fenway Park, aggravating the game of baseball itself but mostly the fans and certainly the Fenway faithful.

The owners of the Red Sox and the front office brass no longer deserve our respect, our devotion and certainly not — in this particular time of crisis — one cent of our money.

Netanyahu in constant contact with U.S. in lead up to Soleimani hit The assassination of Iranian commander Qasem Soleimani a …

Drug kingpin El Chapo sentenced to life in US prison Once one of the world’s most powerful and notorious criminals, …