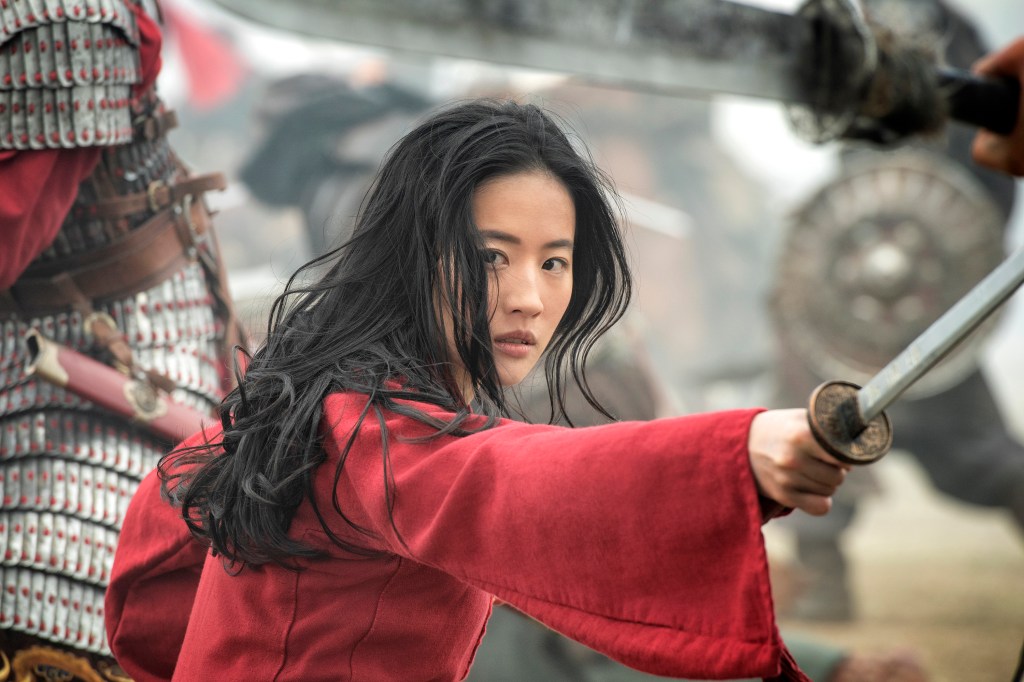 Hollywood is accommodating a new era of McCarthyism, imposed this time by Red China.

It involves everything that Hollywood tells us that it hates — censorship, pressure to conform and blacklists. Yet the studios have seamlessly absorbed China’s dictates into their operations.

This most iconic American business is now, literally, an agent of Chinese influence.

The latest outrage is Disney’s live-action remake of the animated movie from the 1990s, “Mulan,” based on Chinese folklore about a girl enlisting in the army. Disney filmed parts of the movie in China and in its credits, thanks Chinese propaganda departments as well as a public security bureau in the province of Xinjiang, where Beijing is carrying out its hideous campaign against the Uighurs.

If you think Hollywood would be sensitive about associating itself with an ongoing atrocity, you haven’t paid much attention to its priorities lately, which are all about pleasing Beijing.

Hollywood hasn’t dared to make movies offensive to Beijing in more than two decades. A trilogy of such movies came out in 1997, most famously “Seven Years in Tibet,” starring Brad Pitt. Ever since, Hollywood has considered kowtowing to Beijing the better part of valor.

Shortly after the release of its offending 1997 movie “Kundun,” also about Tibet, the then-CEO of Disney hastened to make amends. “We made a stupid mistake in releasing ‘Kundun,’ ” Michael Eisner told China’s premier at the time Zhu Rongji. “Here I want to apologize, and in the future we should prevent this sort of thing, which insults our friends, from happening.”

In a chilling report released a few weeks ago about Hollywood’s subordinate relationship to Beijing, PEN America described the forces that have given China the whip hand.

First, there’s sheer market power. China went from having a market about the size of Peru in the late 1990s to a behemoth box office. Money talks, even if it is the money of a country hostile to the United States.

Then, there’s China’s comprehensive system of censorship that very much applies to foreign movies. It is rare that a studio or producer says “no.” To his credit, Quentin Tarantino refused to cut a comic scene featuring Bruce Lee from “Once Upon a Time in Hollywood.”

Otherwise, the changes are exacting. “Mission: Impossible III” cut a scene where tattered clothes hung from a clothesline in Shanghai. Chinese villains are out of the question. Notoriously, Paramount changed the invaders in a remake of “Red Dawn” from Chinese to North Korean.

Since Beijing can delay the release date of a movie or demand that a scene be reshot, and studios don’t want to deal with the uncertainty, Hollywood pre-emptively accedes to Beijing’s wishes. PEN America notes that producer David Franzoni has said, “They have a lot of power so you want to try to be sure you have it all down the first time.”

Paramount removed patches with the Japanese and Taiwanese flags from Tom Cruise’s bomber jacket in the sequel to “Top Gun.” As PEN America points out, the changes had already been made when the trailer was released, meaning Paramount didn’t wait for Chinese censors to object.

It seems certain that there is a Beijing blacklist, including the likes of Richard Gere. To stay off it requires being hyperaware of any misstep or association unwelcome to Beijing. Everyone must be prepared to answer the question, Are you now or have you ever been a sympathizer with Tibet?

The director of “Seven Years in Tibet,” Jean-Jacques Annaud, subsequently released a letter expressing slavish regret. He “solemnly declared” that he never supported Tibet independence and never had contact with the Dalai Lama. “Moreover,” he added, “becoming friends with him is out of the question.”

The upshot is that Hollywood is much more comfortable criticizing the United States than one of the most reprehensible regimes on the planet. The repression of the Uighurs? As far as Hollywood is concerned, it doesn’t exist and, at this rate, never will.

Rich Lowry is editor of the National Review.