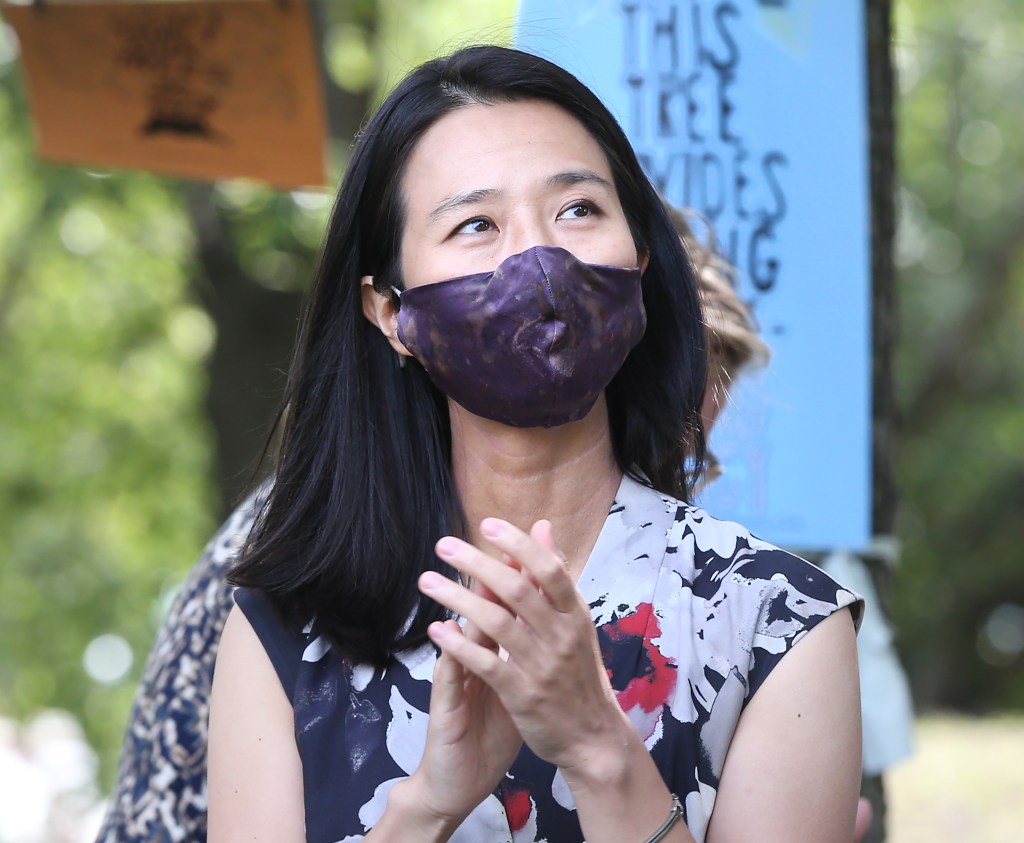 The Wu train is officially leaving the station.

At-large City Councilor Michelle Wu is making her long-rumored plunge into the 2021 mayoral race on Tuesday, focusing her announcement on the need for “new leadership” focusing on areas including public education, racism, public transit, and her push for a “city Green New Deal.”

“Business as usual has been failing Bostonians since well before the pandemic, and COVID-19 has exposed and exacerbated deep inequities across our city,” Wu, 35, said in a statement. “In this moment of crisis, it’s not only possible but necessary to reimagine community-based leadership with the vision and conviction to act.”

A Chicago native, Wu came to the area to attend Harvard University. She’s a lawyer who made her political bones working for now-U.S. Sen. Elizabeth Warren’s first campaign in 2012. Wu, the daughter of Taiwanese immigrants, became the first woman of color to serve as the city council’s president in 2016.

This sets up a potential clash with incumbent Mayor Martin Walsh — a former union boss and state representative who was elected mayor in 2013, the same year as Wu was voted onto the council. The 53-year-old Dorchester native was re-elected in 2017, but hasn’t yet announced whether he’ll run again in 2021.

If he does, Wu’s challenge may provide answers to several big questions in Boston mayoral politics: Can someone originally from out of town win? Is a focus on the nuts and bolts of governing more important to voters than a campaign about broad ideological issues? How far does the power of union organizing still go — and can it be matched by the organizational clout of the area’s progressive activists? And will the city for the first time elect someone to the mayoral seat who isn’t a white man?

Both Walsh and Wu poll well in Boston, with high favorables, though Walsh is more universally known. Wu is seen as a strong candidate, and has been the top vote-getter in the past two at-large city council races, finishing in front of now-U.S. Rep. Ayanna Pressley in 2017 and well ahead of established citywide brands Annissa Essaibi-George and Michael Flaherty in 2019. But the framework of the at-large council race, in which people can vote for up to four candidates at a time, makes it unclear how well those strong showings will translate.

Wu’s politics have migrated leftward in the years since she was first elected in 2013. She’s a frequent critic of the mayor, and will in all likelihood run to his left. The councilor whose Twitter account is “Wutrain” has made headlines over the past few years with a push to “Free the T” — remove fares on the MBTA — and to abolish the Boston Planning & Development Agency, a longtime punching bag for mayoral hopefuls.

The long-simmering speculation around Wu’s candidacy rose to a full boil a week and a half ago, when her August spending reports showed her suddenly shelling out money for ads, research and a video. A few days later, Walsh confirmed to The Boston Globe and then the Herald that Wu called him to tell him she’d be running. Wu remained mum over the course of the week, as Walsh took flak for his role in spilling the beans.

If Walsh runs, he’ll be formidable, with a $5.2 million war chest and the organizational power that in part stems from his time as head of the building trades. He’s also largely seen as having handled the coronavirus pandemic effectively — though his administration has weathered several scandals including issues around usage of union labor and pay-for-play at the zoning board.

There has been speculation that the mayor may not run again — especially if his friend Joe Biden wins the presidential election in November and appoints him to position such as secretary of labor or ambassador to Ireland.

It’s official: I’m running for Mayor because Boston should be a city for everyone. Now’s the time for bold, urgent leadership.

‘Peace Park’ Removes United Nations Flag After Objections SHERBORN, MASS. – A “peace park” in a Boston suburb has been …